The One That Got Away

I first connected with Grant through Instagram. At that time he was living in San Diego, but having been from Haverhill, Ma, he followed BeastCoast as a way to keep up with whats going on in the community at home. I had only seen his R32 in pictures until we finally linked up when he got back home. To say it’s perfect is an understatement. It’s really a testament to Grant’s dedication. I can’t even keep my car clean for an hour, let alone take the time to get into and maintain every corner, underside, and panel. Then comes the MK2. It’s on whole different level. And to think Grant almost let it slip away…

Having “finished” the R32, Grant was looking for a new project. He knew he wanted an MK2 and had a simple vision of what he wanted to do. A while after his first option fell through, he got a lead on a clean, white ’86 8v in Phoenix AZ . In September 2017, he pulled the trigger and got to work. 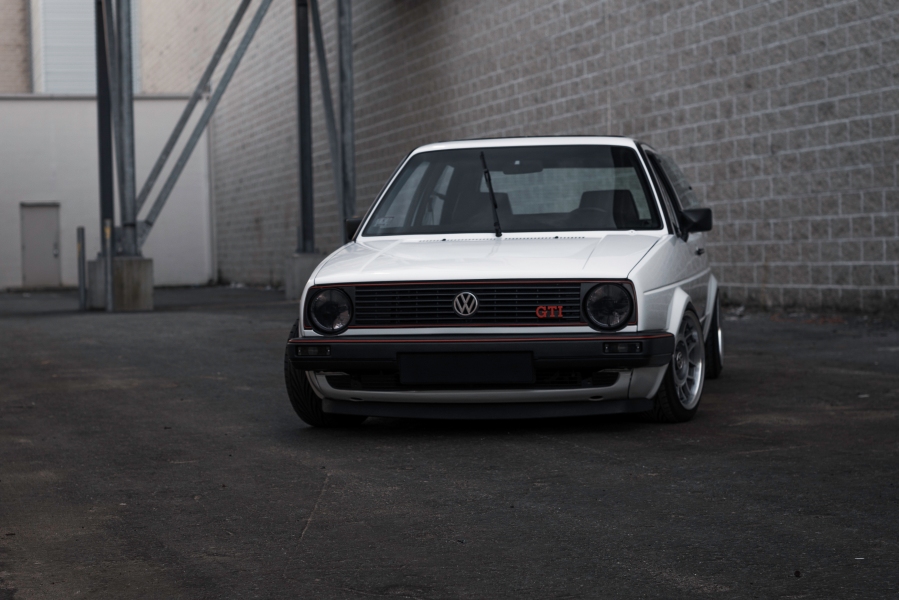 The GTI is really a coast to coast build, having had some of the best hands from SoCal and New England bringing this car together. 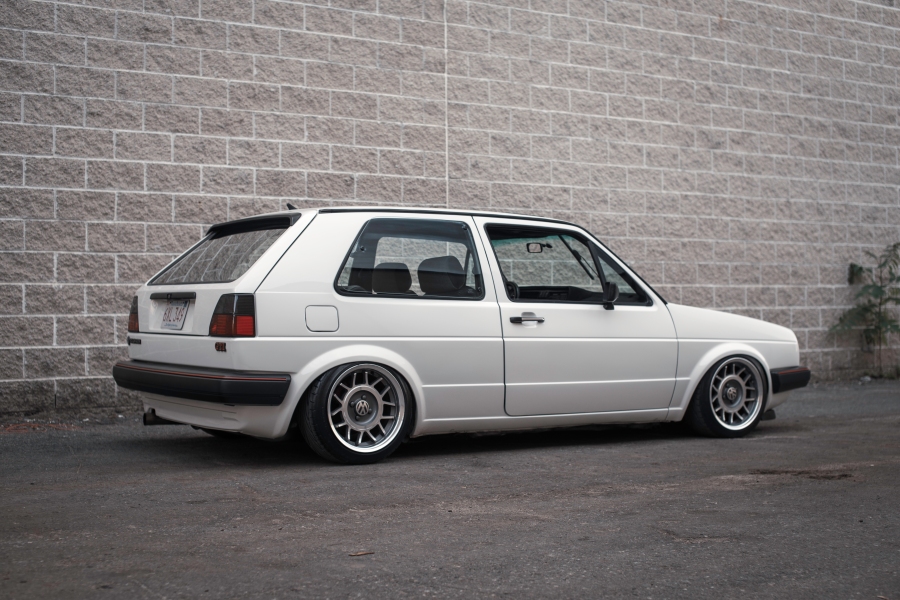 Grant finally moved back home in 2017, bringing both the R32 and MK2 to the unfamiliar salt covered and pothole ridden streets of New England; a destiny neither cars deserved. At that time, Grant was having increasingly difficult issues with the R32 and had the tough choice to let it go, or source a new engine. He ended up lucking his way into the VERY LAST available OEM factory engine in North America at a dealership in Los Angeles, but at a cost – the MK2. 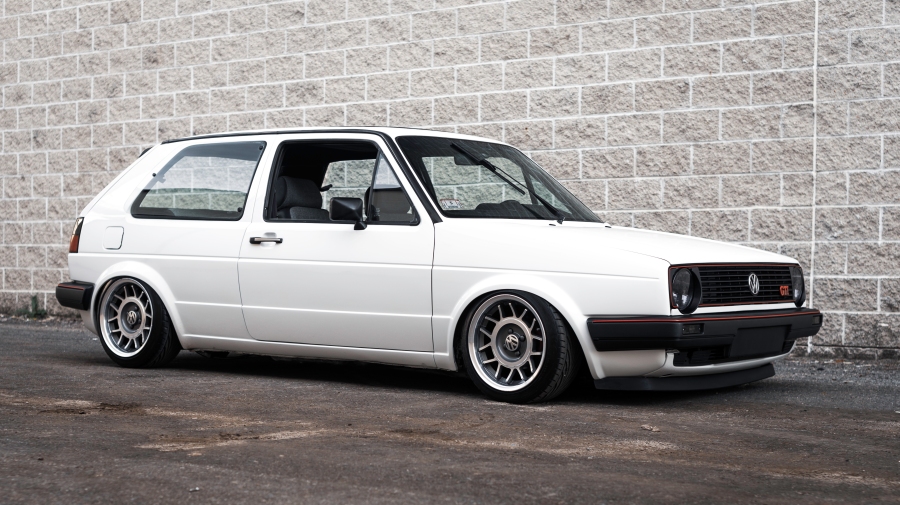 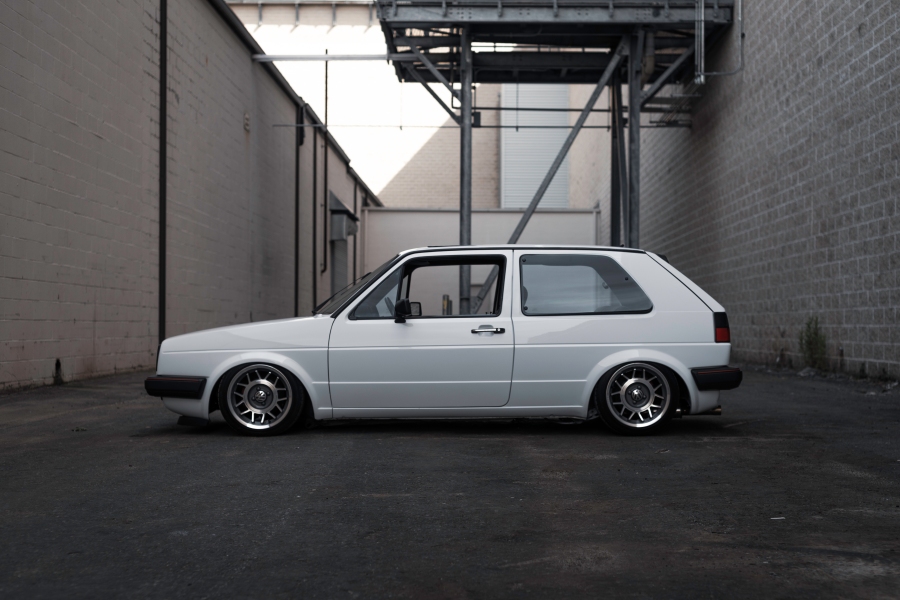 Grant sold the MK2 to a local kid to fund the R32 engine swap. A tough choice indeed. But as fate would have it, he would see the MK2 again. The new owner was like me, a guy who loves cars, but cant take care of them for shit. Four months after buying the car, the new owner reached out to Grant to see if he wanted to buy it back, for HALF of what Grant sold it to him for. He couldn’t say no, and the GTI found its way back, but with some new issues to be worked out which Grant quickly learned when the car died before making it a block from the guys house. 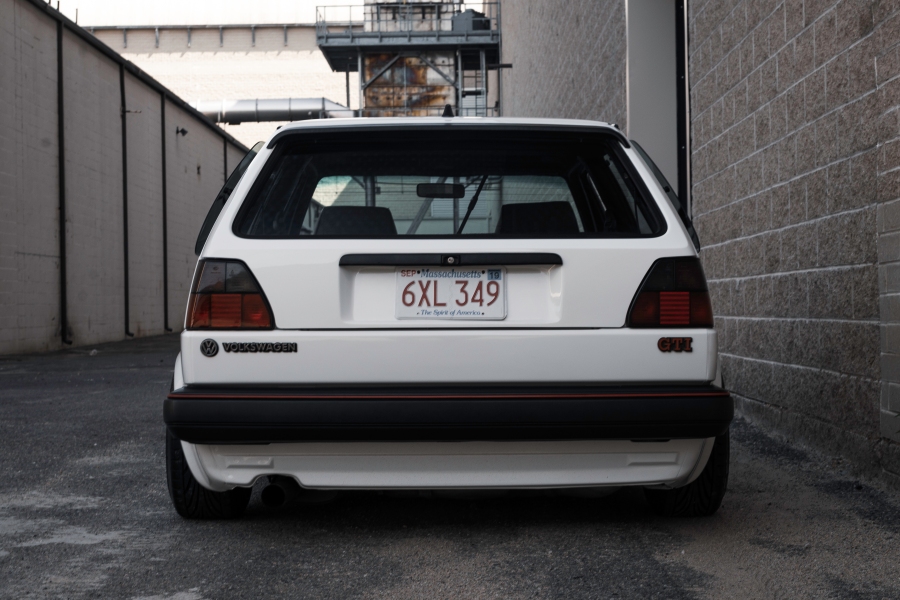 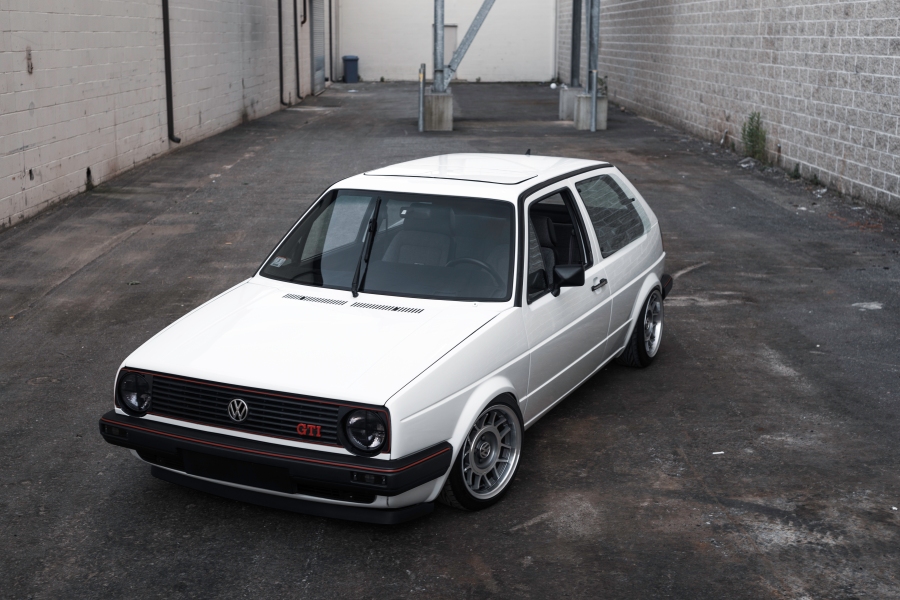 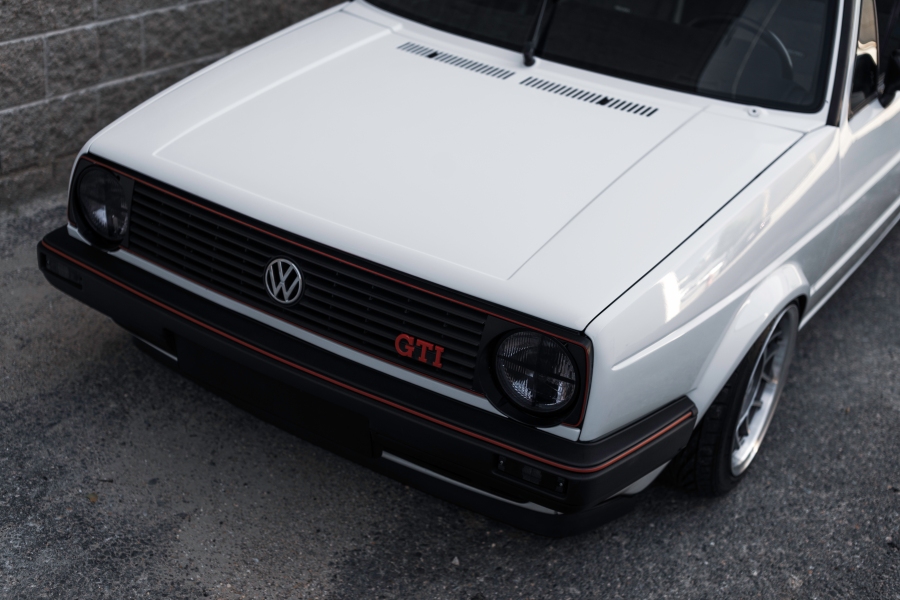 Fast forward 2 years and the car is now in a magazine worthy state. With a supply of rare overseas parts, and some dead stock pieces, Grant’s MK2 is so clean, I found myself trying to find imperfections. The door jams were MINT, the interior and glass were MINT, the paint….MINT. But of course, it’s a Volkswagen and the engine was having some signs of trouble during our shoot. Grant, cool calm and collected, had already anticipated these issues and already has something in the works, to be completed over this winter.

As we get older, the best cars of the golden years are becoming more and more rare. It takes a dedication and a ton of labor to build and restore these modern automotive time capsules. Grant’s MK2 brings you back to ’86, when cars still had personality and quirks right out the factory. I can only hope that we continue to support the culture keepers in a world of instant gratification. – Matt Gaumont

•Other Details:
Started life as a US/Westmoreland, PA built mk2 Westy originally purchased in Los Angles, California before being sold to another LA buyer before being sold to another in Arizona, which is where I bought it from in 2015 while living in San Diego. It is the product of the combined time and efforts of many talented people and shops coast to coast (SoCal to New England) and is fitted with many rare and uncommon parts sourced from all over the world through legwork, patience, friends, countless FB groups, Instagram, ebay, VWVortex, google translate, and a helpful bunch of people I’ve never even met overseas.

•Special Thanks: Steve Kelly for making the connection with the previous owner/seller. Literally anyone ever to lay a hand on this thing, you have my respect. Worthy of a specific nod: San Diego/Janky Garage fam; Blayne Glass (I could write a paragraph about him alone), Cody Smith, Jeff Lockhart, Carl Fairbank, &amp; Chris Blitch. Most definitely, mk2 legend Eadwine Webb aka Webbstarrs for personally shipping the mk2 (& the R32) coast to coast from San Diego back home to MA in 2016. Kyle Duquesnay of KDDesigns in Rhode Island who became my east coast Blayne after the move, he has been right there with me keeping a positive attitude about
getting the car where it deserved to be all along. Honorable mentions: Uriel Ramirez & Thomas Nee, previous owners who continue to be helpful with parts & info as well as King Amir for being helpful with the engine swap info almost 10 yrs removed from doing it w/ Tom and for recently supplying a good deal of show quality parts currently or waiting to go on this thing.